(Key to source codes are in the About Warholstars section.)

In July 1963, Andy Warhol walked into the Peerless Camera shop in New York with Gerard Malanga and Charles Henri Ford and bought his first movie camera - "a 16mm Bolex with thru-the-lens focusing complete with motor drive that allowed for a one-shot three-minute take." (GMW37/106)

One of the first films he shot with it was Sleep in July 1963. It starred: 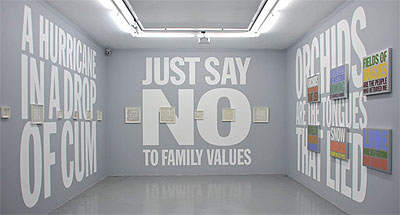 John Giorno was a stockbroker turned poet who first met Warhol at his first pop exhibition at Eleanor Ward's Stable Gallery in November 1962.

"The year before all this happened, in 1962, I saw Andy at various parties. I was at the show of Pop Art at the Sidney Janis Gallery on October 31, 1962, the Halloween that forever changed the art world, when Rothko, Motherwell, and other establishment heavies resigned in protest and outrage from the Sidney Janis Gallery. Three days later I was at the opening of Andy Warhol's first show at the Stable Gallery, with the breathtaking Gold Marilyn Monroe, Campbell Soup Can, Coca Cola bottles, and other gorgeous paintings. Andy's show opened on November 3, 1962, the day of JFK's Bay of Pigs, and on everybody's mind was the possibility of nuclear war and complete disaster." (JG126/7)

In Popism, Warhol, via Pat Hackett, said that the reason that he made Sleep was because he thought sleeping was becoming obsolete as everybody was up all the time because of the amphetamine ("speed") they were taking.

"I could never finally figure out if more things happened in the sixties because there was more awake time for them to happen in (since so many people were on amphetamine), or if people started taking amphetamine because there were so many things to do that they needed to have more awake time to do them in... Seeing everybody so up all the time made me think that sleep was becoming pretty obsolete, so I decided I'd better quickly do a movie of a person sleeping." (POP33)

Giorno said that the reason Warhol made Sleep was because Giorno slept a lot. He was still working as a stockbroker during the day and he would often be asleep when Warhol rang him so, according to Giorno, Warhol decided to film him sleeping. When Warhol first met Giorno they briefly became sexual partners. Sleep was filmed at Giorno's apartment.

"I was sitting on a seventeenth-century Spanish chair as he [Andy Warhol] checked out where to put his tripod and lights and suddenly Andy was on the floor with his hands on my feet, and he started kissing and licking my shoes. I had always heard he was a shoe fetishist. 'It's true!' I thought with a rush. 'He's sucking my shoes!'"(L&D177)

Giorno's comments about Warhol's reputation as a shoe fetishist were due, in part, to the work that Warhol did as a commercial illustrator prior to becoming a pop artist. His shoe drawings were well known as a result of his work with I. Miller.

Although Sleep appeared to be continuous film footage of a man sleeping, Warhol actually duplicated about ninety minutes of the footage in order to make the film longer. It had also been filmed over several nights. The first footage that Warhol shot was ruined because he had not rewound the camera properly and had to shoot it again.

The premiere of Sleep took place on January 17, 1964 at the Gramercy Arts Theater - a benefit screening for the Film-Makers' Cooperative. According to the New York Post, the screening was attended by only nine people - two of whom left during the first hour. (FAW10-1)