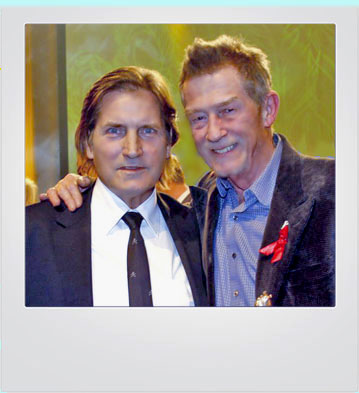 After leaving Andy Warhol's Factory, Joe Dallesandro had a prolific film career in Europe, working with directors such as Louis Malle, in addition to later appearing in The Limey and The Cotton Club in the states. A documentary about him, Little Joe, was released in 2009. In February 2009, it was shown at the Berlin International Film Festival where he was also given a special award. (The previous year the festival gave Tilda Swinton a similar award for her work with Derek Jarman.) In the U.K. the documentary was shown at the National Portrait Gallery in September 2009. He also won a special Teddy Award that year, along with John Hurt. In January 2014 he appeared with his Trash co-star, Holly Woodlawn, at Hollywood Forever, for a Q&A and a screening of the documentary, arranged by his wife Kimberly who he re-married in 2011. (They had originally got married in June 1988 but were divorced about seven years later.) Joe and Kim currently live in Los Angeles.

Andy Warhol's The Loves of Ondine