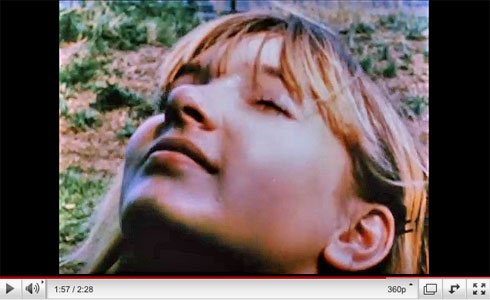 Bibbe Hansen lives in New York and continues to make personal appearances both in the U.S. and in Europe, often reenacting her father's performance pieces. A clip of her performing her father's Elegy for the Fluxus Dead can be found on YouTube here.

In May 2010 Bibbe performed a version of Elegy, re-titled Elegy for the Factory Dead, as a tribute to Callie Angell, the author of the first volume of the Andy Warhol catalogue raisonné who committed suicide earlier that month. The performance took place in Barcelona with Bibbe substituting the names of deceased Fluxus artists with the names of deceased associates of Andy Warhol and his Factory.

In England in 2008 Bibbe appeared on a panel discussion of Warhol's superstars in conjunction with the Hayward Gallery's "Andy Warhol: Other Voices Other Rooms" exhibition. A YouTube clip can be found here.

In Switzerland in 2007 she appeared at the Lausanne Underground Film & Music Festival. YouTube footage here: 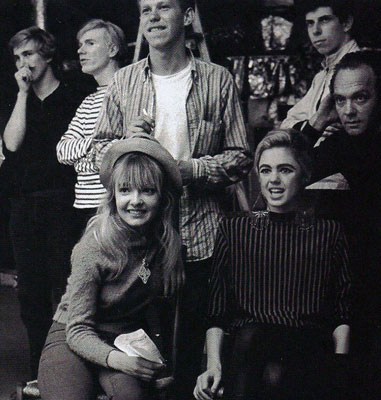 Bibbe Hansen was only about fourteen years old when she appeared in Andy Warhol's film, Prison, with Edie Sedgwick. She also appeared in Warhol's first Restaurant film in 1965 and two Screen Tests, one of which was incorporated into The Thirteen Most Beautiful Women. In addition to her Warhol films she was also filmed by Jonas Mekas and studied dance under Phoebe Neville and Lucinda Childs. In 1964 she also made a recording on Laurie Records with Jack Kerouac's daughter, Janet, as part of a band called The Whippets. Their songs, Go Go Go With Ringo and I Want to Talk to You can be found here. 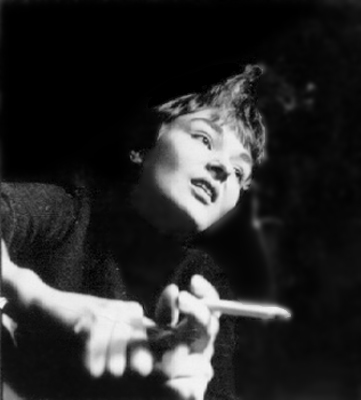 Bibbe's parents were Fluxus artist Al Hansen and bohemian poet/dancer Audrey Ostlin Hansen. Audrey did the Thumbelina dance on the Perry Como television show. They met at the Waldorf Cafeteria in New York in the fifties. Bibbe's son, the recording artist Beck, recalls "Al met his first wife, Audrey, in 1950 in New York... she was doing a cabaret act and she'd painted herself green and dyed her hair green. She walked into a cafeteria with two black guys dressed as eunuchs, and Al took one look at her and said, 'That's the woman I'm marrying.' "(LT3) 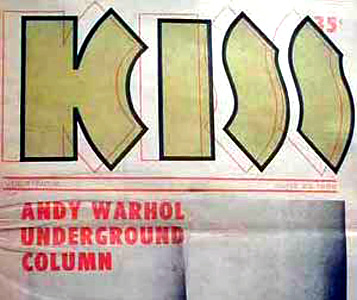 Al Hansen also published the underground magazine Kiss during the 1960s - "the paper you read with one hand" - which featured contributions by Andy Warhol and various Factory superstars including Ondine and Brigid Berlin. During the 1970s Hansen managed several punk bands in Los Angeles, including the Screamers and the Controllers. Bibbe shared her father's interest in the punk movement, helping him produce a punkzine and photographing many of the LA punk bands including the infamous Germs.

In 1987 Al Hansen co-founded the Ultimate Akademie In Koln, Germany before dying in 1995. His family paid tribute to him in 1998 during the exhibition, Beck & Al Hansen: Playing with Matches, at the Santa Monica Museum of Art. Bibbe's son Channing performed his grandfather's Elegy for the Fluxus Dead as a duet with a videotape of Al Hansen's own final performance of the piece. (BBM163) Channing also helped to recreate Hansen's famous Yoko Ono Piano Drop - by having a piano pushed off the Track 16 Gallery building next door to the museum. Originally, it was planned to drop the piano from the roof of the Santa Monica Museum of Art building but the museum refused permission on the day of the show.

In 1990 Bibbe and her husband Sean opened the Troy Cafe in L.A. which became an important hangout and showcase venue for young new talent until it closed in 1995. During that time Bibbe also co-founded (and played rhythm guitar for) the band Black Fag - "the best hung band in rock and roll"- with lead singer Vaginal Davis. Sean shared Bibbe's interest in punk rock and would later write a chapter about the East LA punk scene and its Latino roots for the book, Forming: The Early Days of LA Punk.

Other screen appearances by Bibbe include the 1981 horror film, Olivia, directed by Ulli Lommel and the 1999 short film, The White to Be Angry, directed by Vaginal Davis.

Bibbe on the Sixties: "It's like looking at one's history as a strip of film but someone's unravelled it all over the floor and you don't know where the beginning or end is or which thing came first..."