In April the New York Review of Books published an article by the chief art critic of the Daily Telegraph, Richard Dorment, about the Norgus series of Self-Portraits - one of which was the subject of a lawsuit by Joe Simon-Whelan whose painting was twice denied by the Authentication Board. No paperwork relating to the series has ever been found in Warhol's archives and Warhol never mentioned the series in his lifetime. The first time that any of the paintings from the series went up for sale at a public auction was after Warhol's death. Simon-Whelan's lawyers withdrew from the case after a series of depositions were taken in New York and Simon-Whelan then requested that the case be dropped.

In his article Dorment criticized the Foundation's expert reports about the series, including a report by Reva Wolf, the author of Andy Warhol, Poetry, and Gossip in the 1960s. Wolf has now responded to Dorment's claims and the New York Review of Books has printed the response.

Sunday B. Morning, anyone? 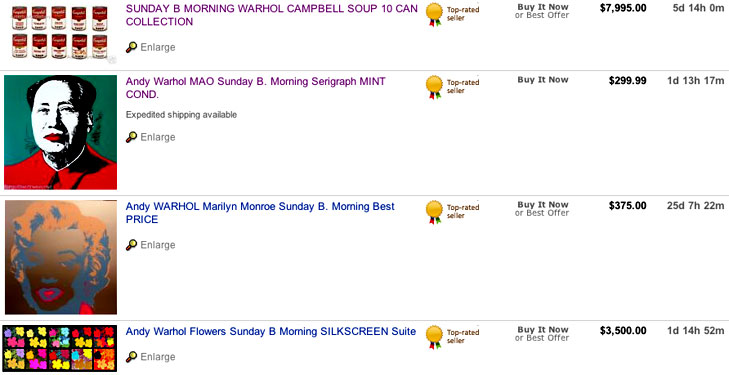 A small selection from the two pages of "Sunday B. Morning" prints on Ebay claimed to be by Warhol

1. The original (authentic) portfolios of Marilyn prints dated 1967 and published by Factory Additions.

The original, authentic, 1967 36" x 36" Marilyn prints upon which the first Sunday B. Morning prints were based were issued in portfolios of ten screenprints on paper in an edition of 250. Some were signed with a pen, some initialled on the back and some dated. There were also 26 Artist Proofs signed and lettered A-Z on the back. The printer was Aetna Silkscreen Products, Inc. and the publisher was Factory Additions, New York. I will refer to these (authentic) prints as the Factory Additions prints. They are dated 1967. (Warhol's Factory Additions should not be confused with the company "Factory Additions" that was incorporated by UK auctioneer John Nicholson in September 2007).

2. The original (unauthorized) Sunday B. Morning prints produced in 1970.

In 1970 prints using the same image of Marilyn were made, measuring 33 1/4" square (or, according to Christie's, 33 3/4" inch square). They were stamped on verso with "published by Sunday B. Morning" and "fill in your signature." Some are inscribed by Warhol with the words, "This is not by me. Andy Warhol." These are the original "Sunday B. Morning" prints. They are unauthorized.

In 1985 further prints were made from the same image of Marilyn. They are known as "European Artist's Proof Editions," and have a stamped signature. As with the original 1970 Sunday B. Morning prints, these are also not authorized.

The Sunday B. Morning Art Gallery describes their prints as follows:

"These Sunday B. Mornings editions are stamped on the verso in blue ink. The 'Blue inks' are the current editions and the quality and integrity of the prints is impeccable. They are printed on 'museum board' with the highest quality archival inks."

The original Sunday B. Morning prints were stamped with black ink. In other words these are modern, current, prints which the seller could conceivably print up on demand. The description says they are stamped but it doesn't indicate what the actual stamp says.

"Should you choose to purchase one or more of these prints, we guarantee that you will be more than pleased. At a recent auction at Christie's a set of 10 Sunday B. Morning prints sold for $14000. Some of the most discriminating collectors own them because of their quality and rarity. It's worth mentioning that the original edition of 250 were all signed and numbered on the verso."

The website also does not mention that when Christie's sold the prints, they noted in their description that the works were not by Warhol. Christie's describes the prints as "after Warhol" meaning that someone other than Warhol created them in the style of Warhol.

The unnamed owner of the "Sunday B. Morning Gallery" website is quoted on another site as saying that he "worked together with some of the original men that started with Sunday B. Morning:"

"I worked together with some of the original men that started with Sunday B. Morning. These men were friends of Andy Warhol. I saw tons of photographs of them together with Andy. One died some few years ago, and I started working with his brother who still had an existing stock of prints. This stock is long time ago sold out, unfortunately. One of the founders of Sunday B. Morning was the Belgian Mr. Van De Plas (has past away in the late eighties). He was also the one that invited Andy Warhol to Belgium to meet Hergé (father of the comic strip Tintin) and Paul Delvaux in the eighties. The name Sunday B. Morning is still a mistery : I have heard many things from some of the original crew…”On a Sunday Belgian Morning”…”Sunday Bloody Morning”…nobody could ever give me the right answer.

The prints now sold are not made with the original screens. These are still existing in a secret place, not being used for the moment, in a central European country, well know for its banks. No prints being offered on the market (except the old original Sunday B. morning prints) have been printed recently on these screens. I can assure you that!! Now they are again being printed, everything OK with rights and so on." 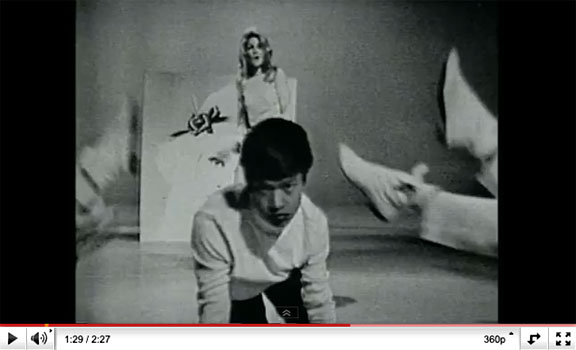 Two Andy Warhol films - Hedy (starring Mary Woronov and Mario Montez) and Soap Opera (with Baby Jane Holzer and Sam Green) are to be screened on Sunday, 5 June 2011, at the Museum of Modern Art in New York as part of their "Drama Queens" series.

Hedy is "an incredibly grim film, and, I think, how Warhol seduced me into it was that he said, 'Well, we'll really use a moving camera and many scenes and all of that. So, you won't be bored, and it will be nice...'

And Warhol got behind the camera, and he did the camera work, which is incredible and unbelievable. It moves constantly from the high point of action. It's very strange... It's beautiful. As the script starts to build toward a climax, the camera leaves it and goes up to the ceiling and begins to examine furniture, also. As a film, that's an incredible thing. Again, it was shitting on the script because it was falling together marvelously. So, it was irking me beyond my hopes... This was shaping into a very coherent, super-serious statement on Hollywood and American life and everything else. Very ingenious."
(PS503)

Details of the screening at: http://www.moma.org/visit/calendar/films/1176.

A two day conference, "Warhol Uncovered?," will take place in Southampton, England on 17-18 June 2011, in conjunction with the current Artists Rooms exhibition of works by Warhol at the Southampton City Art Gallery and the John Hansard Gallery. Themes to be explored are Celebrity, Vulgarity, Consumerism and Death.

Details of the exhibition at the Southampton City Art Gallery here.

Shadows and Decadence at The Arts Club of Chicago 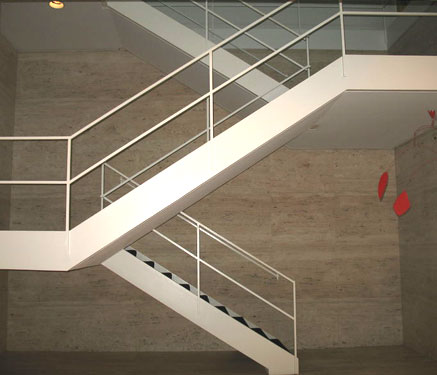 Lisa Wainwright will be giving a talk on "Andy Warhol's Decadence and Contemporary Art" at The Arts Club of Chicago on 15 June 2011 in conjunction with their exhibition, "Andy Warhol: Shadows" which opened on 21 April 2011. Chuck Workman's documentary Superstar: The Life and Times of Andy Warhol will be shown as part of the same series on 21 June 2011.

The Warhol Live exhibition mega-tour continues with a run at the Frist Center for the Visual Arts in Nashville, Tennessee, from June 24 to September 11, 2011.

An exhibition of Andy Warhol's Shadow paintings will run at the Hirshhorn from October 6, 2011 to January 8, 2012. The series will be shown in its entirety (102 canvases hung edge-to-edge), extending for more than 400 feet around the museum's curved galleries.

A number of the paintings are currently being shown at The Arts Club in Chicago (see above).

Details of the Hirshhorn exhibition here.

Warhol is Here at Bexhill on Sea 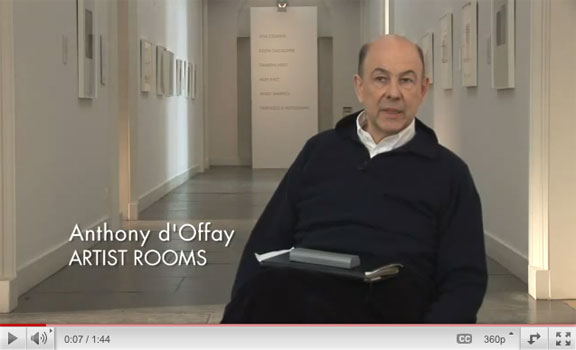 Anthony d'Offay explains the concept behind the Artist Rooms

The exhibition "Warhol is Here" will run at the De La Warr Pavillion from 24 September 2011 to 26 February 2012. The show will include works from the Artist Rooms traveling exhibition as well as other loans from private and public collections. 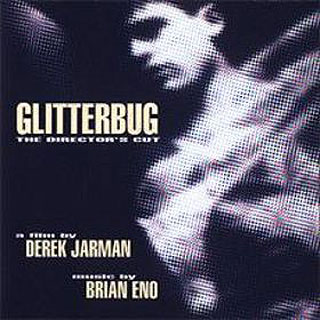 A free download of Briano Eno's music for Glitterbug can be found here.