Mary Woronov writes regularly for Artillery magazine and continues to paint and make films. She has had solo exhibitions of her paintings at Bert Green Fine Art in Los Angeles and the Carol Shen gallery at the Packer Collegiate Institute. She exhibited at the Lodge gallery in Los Angeles from July 23, 2016 - August 30, 2016. An article about the Lodge exhibition appeared in the New York Times here. Exhibitions in 2018 include "Everybody's Alone" at Alias Books East in Los Angeles which opened on February 9, 2018.

After leaving Warhol's Factory, Mary Woronov went on to appear in over ninety films and television episodes including Deathrace 2000 (1975), Rock 'n' Roll High School (1979), Eating Raoul (1982), Scenes from the Class Struggle in Beverly Hills (1989) and The New Women (2001). Her television work included appearances on Murder She Wrote, Charlie's Angels and Knightrider. She has also written five books and was a graduate writing instructor at the Otis College of Art and Design. Her creatively written account of her Factory years, Swimming Underground, featuring photographs by Billy Name, was published by Serpent's Tail in 2000. In October 2008 she participated in a panel discussion of Andy Warhol's superstars (along with Holly Woodlawn and Bibbe Hansen) at the Purcell Room in London in conjunction with the Hayward Gallery's exhibition "Andy Warhol: Other Voices Other Rooms." 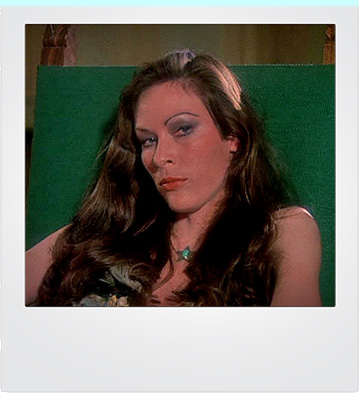 The following excerpt is from an interview of Andy Warhol superstar, Mary Woronov, by Donald Lyons that appeared in the May 1973 issue of Interview magazine:

Mary Woronov: I danced with Lou Reed. Gerard Malanga and I did a nice bunch of boot-licking and whip things with the Exploding Plastic Inevitable. I was tough, hard.

Donald Lyons: Then you did a lot of Theater of the Ridiculous, right?

Mary Woronov: I loved it. It's like a game. For that, you have to be a personality more than an actor - a personality who can be fantastic...

Donald Lyons: What kind of roles did you play?

Mary Woronov: In Nightclub I was a man; in Conquest Of The Universe I was sexless; in Kitchenette I was a fag hag. I was always strong.

Donald Lyons: Then you married Ted (Gershuny) and you made movies for him?

Mary Woronov: Yeah, the first one we made in Italy; it's called Kenek; it's about mind-fucking; I'm the girlfriend of the evil-er man. The producer died of cancer and now it all belongs to his grandmother or aunt. Then back in New York, we made Silent Night Bloody Night. It's a small-town horror movie. At the end I'm the only survivor; it's my only victim part. It's a really gory movie. Candy Darling does a tango and gets ripped apart. It's going to be in New York in a month or so.

Donald Lyons: Then came Sugar Cookies... and after that anything?

Mary Woronov: I did something in Canada called Queen Of Evil. I play a victim again. I'm a high-class model. her mind goes and all that's left of her is her body, and she does much better on that.

Donald Lyons: And that's your latest?

Mary Woronov: No, then I did a comedy-western in Atlanta, Georgia. God, six weeks on Buford Highway. Troy Donahue is in it. I play a saloon-keeper, the female lead - I almost said male. Listen, you gotta mention the producer, Michael Thevis. He was fantastic. I hear MGM may take it...

Donald Lyons: Did you ever study acting?

Mary Woronov: No, no, never. Anything I've studied I've hated. I studied art for years in Cornell and I can't walk in a museum now. You can't go to school to be in the movies... You're better off going to Max's and practicing there.

Donald Lyons: Let's talk about Sugar Cookies. You picked that song Sally Go Round The Roses for the scene where you seduce the girl, right?

Mary Woronov: Yeah, I love that song. And it works good for two girls.

Mary Woronov: Oh, yeah. It's about sex and murder; sex and violence. I love that. Movies like Dracula I love. I like scaring people. Another thing - I like sex and repression. I hope repression comes back... The fifties - I like the fifties. The sixties, ugh; when the flower children hit, forget it. All this Bob and Sam and Jim and Alice - all so open and honest - it's so boring...

Mary Woronov: Marlene Dietrich, man. And Ava Gardner, I like her. And Rita what's-her-name. I sort of like the Wasp girls, like Grace... Dietrich is the best...

Mary Woronov: I don't know. Dustin Hoffman is very good, but I'd rather watch Clint Eastwood...

Donald Lyons: In Sugar Cookies, you're a lesbian. Does that work for your image?

Mary Woronov: In a strange way, yes... Really straight men come up and tell me how great it was. They want in on it... And also, it turns chicks on too... The frightening thing about that movie is her lack of affection - that scares people.

Donald Lyons: What's on your griddle next?

Mary Woronov: Ted's going to do a detective movie about a cop who's very violent. I play his wife. She likes him because of that violence.

Mary Woronov: Yeah, I'm playing the Queen of the Amazons in this play The Two Noble Kinsmen that's supposed to be half by Shakespeare. It's at the Mercer in March. Then maybe Kitchenette down there. It's a good place. You get reviewed there.

Donald Lyons: So you're gonna be a star?

Mary Woronov: Of course I am, my dear.