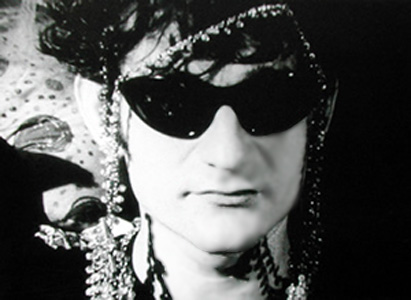 Afternoon is a 105 minute film featuring Edie Sedgwick, Ondine, Arthur Loeb, Donald Lyons and Dorothy Dean. (AFI169) Arthur Loeb was one of the people that Brigid Berlin rang in The Chelsea Girls and was also a friend of Dorothy Dean. (See "Notes on Dorothy Dean.") Afternoon was originally conceived as part of a twenty-four-hour film based around a day in the life of Edie Sedgwick.

"Sedgwick nearly monopolized Warhol's camera for much of 1965, starring or appearing in every single sound film to come out of the Factory between late March and the shooting of My Hustler on Labor Day weekend in September. In addition to small roles in Bitch, Horse, and Vinyl, she starred in a film series originally conceived as a day in the life of Edie Sedgwick, a twenty-four-hour film that was to be called The Poor Little Rich Girl Saga. These Sedgwick vehicles capture Edie in what are intended to be aspects of her daily life: waking up in the morning and talking with a friend while getting dressed in Poor Little Rich Girl; endlessly applying makeup, getting stoned, and chatting with the same friend in Face; getting to know new boyfriends in Beauty #1 and Beauty #2; out to dinner with a bunch of friends in Restaurant; and hanging out in her apartment with friends in Afternoon." (AD181)

Afternoon is also listed as part of the Warhol film, The Chelsea Girls, in The American Film Institute Catalog of Motion Pictures Produced in the United States: Feature Films, 1961-1970, published in 1976 and 1997. (AFI169)