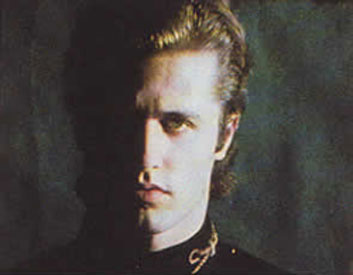 Andy Warhol: "... since everyone says I never stop the camera, I stop it now, start and stop, and that makes it look cut." (FAW28)

Bufferin was the first film in which Andy Warhol used the strobe cut extensively. The "bloop" created by turning the camera and sound equipment off and on rapidly gave the impression of a roughly edited splice whereas, in reality, all editing was done in-camera.

In Bufferin, Gerard Malanga reads some of his poems and excerpts from his diaries substituting the word "bufferin" for most of the proper names in the readings. Ronna Page, the woman who Ondine slapped in The Chelsea Girls gives an ongoing commentary in the film.

The film ends with a plethora of jerky, seemingly unplanned camera movements similar to those that might be done by an amateur home movie enthusiast using a movie camera for the first time and trying to be creative.