back to 1961: BILLY NAME HANGS OUT AT THE SAN REMO 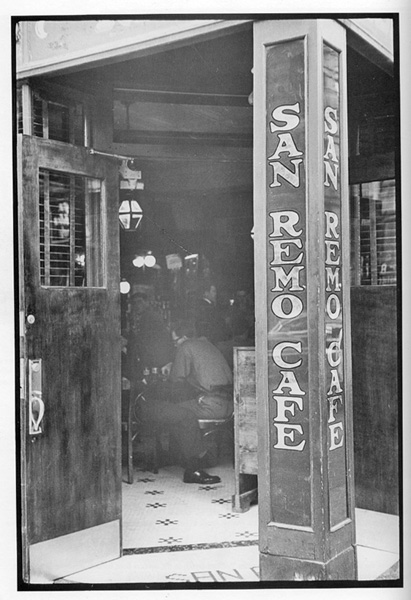 The San Remo Cafe, located at 93 McDougal Street, is probably best known as the hang-out of Beat writers such as Jack Kerouac, William Burroughs and Gregory Corso.

According to Popism, Andy Warhol had been going to the San Remo since 1961 and it was where he met Billy Name and Freddy Herko. Billy Name denies ever seeing Warhol at the San Remo:

"when i was working at serendipity i went to san remo every friday and saturday night with fellow waiter, later, director, ron link. i never saw andy at san remo, ever. he may have fabricated it to be "in". i'm pretty sure i met dorothy podber, nick cernovich, malka safro, ray johnson, and bob heide at san remo. heide was a special friend of ron link."

back to 1961: BILLY NAME HANGS OUT AT THE SAN REMO