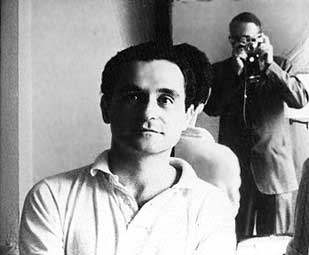 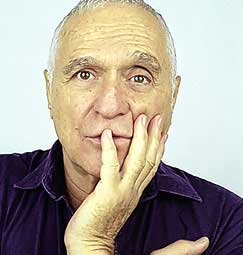 Top: John Giorno being shot by William Burroughs on August 31, 1965, Bottom: John Giorno in 2007 while in London for the showing of Sleep with Erik Satie's Vexations

John Giorno was the star of Sleep and an early boyfriend of Andy Warhol prior to the Factory - when Warhol was using an old fire station as his studio. Giorno continues to do performances internationally and to write poetry.

"The end of 1964 was the end of my relations with Andy Warhol. We would soon be distant friends, occasionally meeting at parties. Andy went on to bigger and better things. At the time time seemed like I was being exploited, sucked in, chewed up, and spit out. Everyone always accused Andy Warhol of exploiting people, but the name of the game is exploitation. Andy exploited us and we exploited him. It always works both ways. We exploited Andy to become famous, which seemed the only real proof of being loved, but it was the 1960s and we were young and we didn't realize the other real proof was money. Andy understood both. All the rock 'n' roll cultural superstars of the 1960s took all they could and then got rid of you." (JG148-49)

The following interview with John Giorno appeared in the Guardian newspaper (London) on Thursday 14 February 2002:

Our interviews with Warhol's friends and collaborators continue with John Giorno, 65, poet, Aids activist, friend and confidant of Warhol and subject of his film, Sleep. Interviews by Catherine Morrison.

The first time I met Andy was at his first solo New York Pop show in Eleanor Ward's Stable gallery in the fall of 1962, but it was at a friend's dinner party around that time that we really got to know each other. For the next two years we were very close; we saw each other every day, or every other day.

I was a kid in my early 20s, working as a stockbroker. I was living this life where I would see Andy every night, get drunk and go into work with a hangover every morning. The stock market opened at 10 and closed at three. By quarter to three I would be waiting at the door, dying to get home so I could have a nap before I met Andy. I slept all the time - when he called to ask what I was doing he would say, "Let me guess, sleeping?"

We used to go to Jonas Mekas's Film-makers' Cooperative in 1962 to watch these underground films. Andy saw them and said, "Why doesn't somebody make a beautiful film?" So he did.

On Memorial Day weekend in 1963 we went away for a few days and I woke up in the night to find him staring at me - he took a lot of speed in those days. That's where the idea for the movie came from - he was looking for a visual image and it just happened to be me. He said to me on the way home: "Would you like to be a movie star?" "Of course," I said, "I want to be just like Marilyn Monroe."

He didn't really know what he was doing; it was his first movie. We made it with a 16mm Bolex in my apartment but had to reshoot it a month later. The film jumped every 20 seconds as Andy rewound it. The second shoot was more successful but he didn't know what to do with it for almost a year.

The news that Warhol had made a movie triggered massive amounts of publicity. It was absurd - he was on the cover of Film Culture and Harper's Bazaar before the movie was finished! In the end, 99% of the footage didn't get used; he just looped together a few shots and it came out six hours long.

You either really loved it or you hated it; I thought it was brilliant and daring. But then I loved so much of Andy's work. I remember walking into the first Factory in 63 and seeing the silkscreen silver Elvises for the first time. They were like these jewels, radiating life and joy, and they were just lying on a dirty floor in an old firehouse! It was so exhilarating.

I didn't see him much after 1964 although in the last year of his life, I saw him a lot, about a dozen times in seven months. I'm so glad now that I did see him and talk to him before he died.